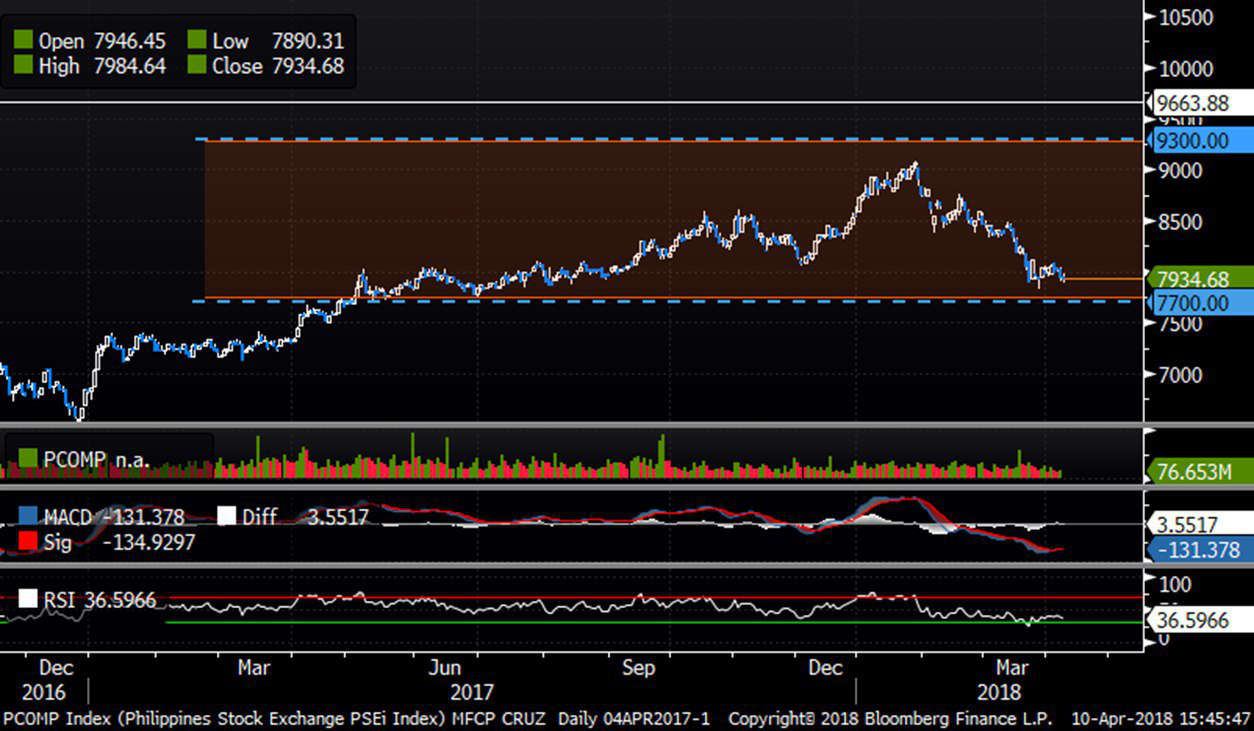 Direction is up. Local shares might glide with positive ripples from Chinese Pres. Xi Jinping’s remark on foreign trade, seconded by Wall Street’s sharp overnight advance (DJIA +428pts). Financials, property & services might lead, esp. large-caps that were unduly trodden during the recent rout. Meanwhile, alerts would still be high on intraday rallies, as sellers might seize on this ascent to pocket gains. Start scouting for second-tiers that follow index stocks’ lead. Immediate support is 7,900, resistance 8,130-8,150.

Integrated Micro-Electronics, Inc. (IMI) unit, VIA Optronics GmbH, formed a new JV in Japan, that would serve the market for copperbased metal mesh touch sensors. The accord was with Toppan Printing Co. Ltd. that will involve the transfer of 65% of Toppan Touch Panel Products Co. Ltd. to VIA. The JV will be named VTS-Touchsensor Co. Ltd. (VTS). VIA will own 65% of VTS, 35% Toppan Printing.

ATI comments on issue over smuggling case filed against personnel:

Asian Terminals, Inc. (ATI) has not seen a copy of the reported smuggling complaint against several individuals including 2 ATI personnel. Reports showed that there was connivance in the illegal release of 105 shipping containers. Contract awarded to TUGS: Harbor Star Shipping Services, Inc. (TUGS) has received notice to proceed from one of the largest oil refining firms for the installation of their Bataan Main Pier Fender Frame & Piles Replacement. No further details were given on the marine project.

Boulevard Holdings, Inc. (BHI) gave notice that the closure of Boracay is negative for the firm, with losses at P35mn for the 7 months of April-Oct. 2018. The move has already caused P22mn in advanced deposit cancellations from customers in China & Germany.

During Pres. Duterte & China Pres. Xi Jinping’s bilateral meeting, China agreed to provide RMB500mn (P3.8bn) of additional assistance, on top of RMB500mn to be given by China. Pres. Spokesman Roque was cited, ‘There was an agreement to focus on stability & strengthening of communications to avoid untoward incidents in the West Phil. Sea…and that offshore oil dev’t. must continue.'

MICC plans to review 70 more mine sites in the country once it completes its review on the initial 26. This would depend however, on the budget that will be given to MICC. The bureau needs around P75mn more on top of the P25mn spent, or P1mn per mine site.