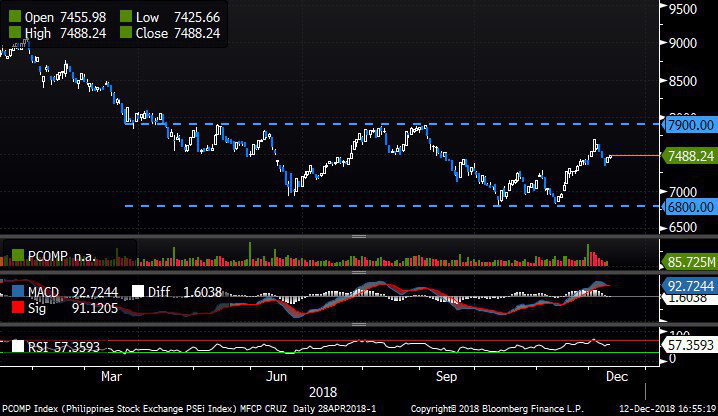 Udenna Corp. & its unnamed foreign partners submitted a revised unsolicited proposal for Cebu Light Rail Transit (LRT) at $1.5bn. The latest data is 50% lower than the original proposal. The project will include an above ground component from Dalisay to Carcar & Mandaue-Danao. DoTr aims to have phase 1 of Cebu LRT operational by 2020.

SEC cleared the merger of 2GO Group & Negros Navigation (Nenaco) with 2GO as surviving entity. Approval was given last 10 Dec. 2018 & the effective date of merger will be 01 Jan. 2019.

DNA enters revised accord to invest in Veritas Genetics:

MRC Allied, Inc. (MRC) signed a MoA with a mall in Mindanao area for the supply of at least 1,100 kWp solar photovoltaic (PV) rooftop system. Total investment cost is estimated at P67.4mn. The MoA will be effective upon issue of acceptance certificate & interconnection, among others.

ABA gets cash dividend from unit: