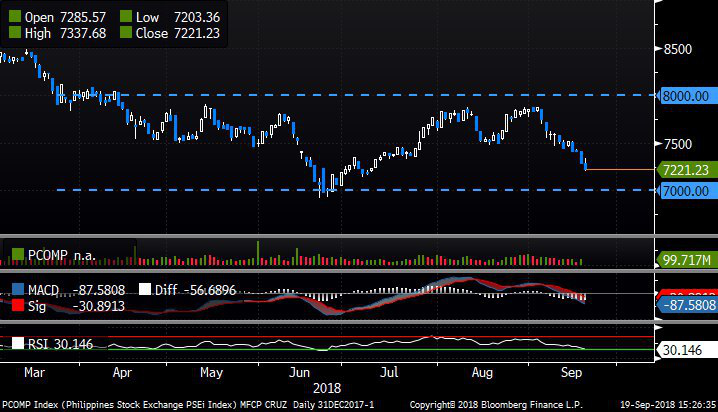 Security Bank Corp. (SECB) has issued US$300mn of 4.5% Senior Unsecured Fixed Rate Notes due Sept. 2023, from its total $1bn medium-term note plan. Book orders reached $800mn from 68 accounts. Proceeds will extend term liabilities, expand funding base, among others. The notes will be listed at the Singapore Exchange.

Close to 70% of P2.15bn funds raised since its listing has been deployed by Cebu Landmasters, Inc. (CLI) to boost its landbank to 976,302sqm. Of the total, 43% are in dev’t. stage strategically located in 8 key cities in VisMin: Cebu, Mandate, CDO, Davao, Bacolod, Dumaguete, Iloilo & Bohol.

EDC will voluntarily delist in the Exchange on 29 Nov:

ABS-CBN Corp. (ABS) has temporarily taken down ABS-CBN Store & UAAP Store websites due to data breach for online shopping. The incident does not affect however, other ABS digital properties.

DFNN, Inc. (DFNN) signed a JV with CYG Pte Ltd. in Singapore. CYG is a software & tech firm with R&D based in Taiwan. The move would optimise DFNN’s tech platform offerings.

Metro Alliance Holdings & Equities Corp. (MAH)’s board approved the plan to call on shareholders to subscribe to the remaining P894mn unissued capital of the firm. The ratio was set at 2.91 shares per share held at P1/share. Proceeds will be used for working capital needs.

PA transforms to a holding concern, authorised capital to be raised to P5bn:

Pacifica, Inc. (PA)’s board approved the change in its primary purpose to reflect a holding concern after revising its name to Pacifica Holdings, Inc. PA will change its par value from P0.005/ to P1/share, without resulting to a change in authorised capital, then raise the amount from P200mn to P5bn.